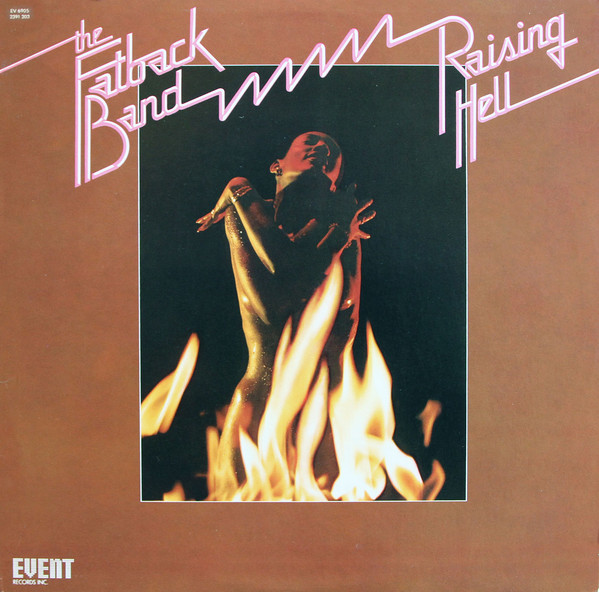 NYC's favourites talk about the genesis of the band, releasing THE first rap record, 'King Tim III', and how the band have survived and thrived with the funk.

"GOOD EVENING ladies and gentlemen we would like to welcome you to a studio discotheque with the Fatback Band. We want you to sit back ...

The Sound of the Streets

IN A HAPPIER world, pigeon-holes would be strictly for pigeons. Yet the fact remains that terms like "R and B" and "Soul" are no longer ...

BEANS AND fatback... It's as American as Kentucky chicken. And fatback, in case you didn't know, is the rich, thick bacon that comes, as the ...

"Through that door". A grinning Charlie Mullen is standing in the dressing room of the Burlesque club, Farnborough, and gesticulating towards the end of a ...

YOU CAN be forgiven for thinking the Fatback Band would come on as pure street — y'know gettin' down with it, plenty of jive talk, ...

The Fatback Band: Fatbacks Hit Back

SOMEONE BLEW the whistle on the Fatback band this week. "The whole show was disappointing" came the critical opinion. "They basically play the same riff ...

The Fatback Band: Ain't No Such Thing As We Don't Sounds BAAAD

"WHEN WE get a groove we hate to quit!" shouted out Bill Curtis. His voice carried over inexorable waves of sound, cookin', stampin', and gettin' ...

TAKE A WALK down New York's bustling "barrio" and the chances are that some Puerto Rican will start hustling you. They can't help it, they've ...

YOU WON'T find a better textbook example of what's gone wrong with R&B over the past few years. Ticket prices, scaled from $10.00 down, were ...

Fatback Band: Givin' The People What They Want

For their new Night Fever album, the band have concentrated on what the fans seem to like most – happy up 'n' dancin' music. John ...

John Abbey talks to Bill Curtis about the band that's not strictly a 'band' anymore ...