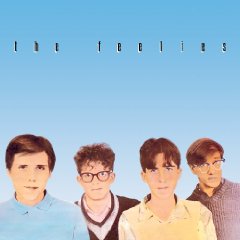 The Feelies: The Boys With The Perpetual Nervousness

THE FEELIES are in trouble. The Feelies are troubled. They have gained an audience (this show was as well-attended as any Irving plaza gig by ...

The Feelies: The Good Earth (Coyote)

THERE WERE these two guys who lived at a drug dealers' commune in western Idaho in the early '70s. One was named Ace, one was ...

PROOF MAY no longer be needed that Lou Reed's former group the Velvet Underground are the most influential band in the field of rock 'n' ...

THE FACT THAT the Feelies came from New Jersey – and complained that driving to Manhattan through the Holland Tunnel gave them headaches – didn't ...

The Feelies Get Perpetually Nervous All Over Again

Report and Interview by Evelyn McDonnell, The Village Voice, 30 March 2011