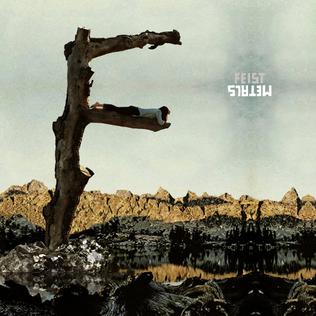 THIS VENUE has recently hosted a succession of newish female songwriters — Polly Paulusma, Jolie Holland -—who are doing a good job of making Dido ...

Feist: The Lady From The Advert

Profile and Interview by Roy Wilkinson, The Word, December 2007

She's the latest beneficiary of the TV ad "sync" but there's more to folk apparition Feist's story than would fit on a nano ...

TORONTO'S MUSIC Gallery is housed in St. George the Martyr Church, on the edge of a park and a stone's throw from Queen Street West. ...

The ravishing, quasi-pagan soundscapes of Feist's third album connect most powerfully just before dawn. Prepare to be spooked. ...

LESLIE FEIST'S career path has been a zigzag. The Nova Scotia-born, Toronto-based artist played guitar with rapper Peaches (who nicknamed her Bitch Lap Lap) and ...

1-2-3-4 Feistodon! Is Feist one of the most intimate and gifted singer-songwriters of her age? Or a more complex, hard-rocking beast? Uncut interrupts her latest ...

JARVIS COCKER joined Feist on stage at the Empire, ambling on during 'Century' to ask: "How long is a century? Almost as long as a ...