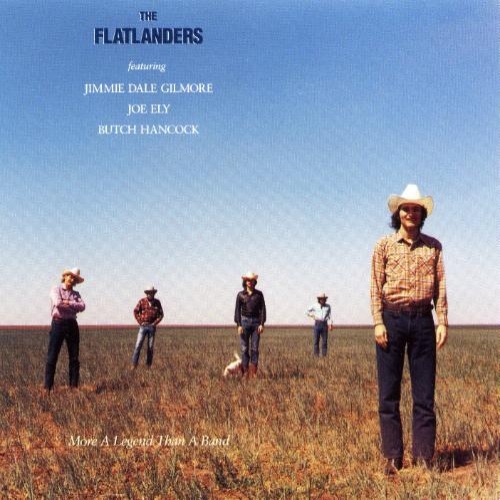 YOU HAVE four songs on Joe Ely's album; how did you get started into songwriting? ...

Joe Ely: Past And Present

Texan star JOE ELY is not quite the newcomer to recording that we think. MARTIN HAWKINS reveals the tale of the FLATLANDERS' sessions of 1972 ...

The Flatlanders: More a Legend Than a Band

AS THE FLATLANDERS DROVE TO NASHVILLE IN March 1971 to cut their lone album, Tammy Wynette was sitting atop the country charts with 'Bedtime Story'. ...

Lubbock on Everything: The Best Little Neo-Country Town in Texas?

In 1996, Richard Gehr went down to Texas to explore the history and mythology of Buddy Holly’s home town. This was his unpublished report for ...

Lubbock on Everything: The Evocation of Place in Popular Music (A West Texas Example)

Landscape into Art THE ROLE OF LANDSCAPE and the importance of place in literature, poetry, the visual arts, even cinema and television, is well established ...

The Flatlanders Deliver A Classic

Can a new country recording be "authentic"? ...

The Flatlanders: Once & Again

After more than 30 years since their first recorded project together, the Flatlanders have come together again to record Now Again. Forward all 'thank you' ...

The Flatlanders: Wheels Of Fortune

MUCH AS I LIKED Now Again, the reunited Flatlanders' 2002 album, it was also a somewhat frustrating set that in the long run seems a ...