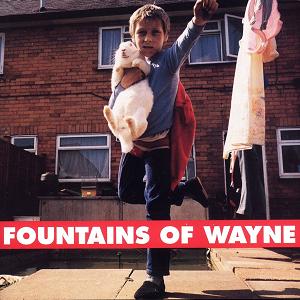 How the band came together; touring with Smashing Pumpkins; songwriting and melodies; ...and mullets!

ADAM SCHLESINGER is a busy boy. His band, Fountains of Wayne, has just released its debut album, a winning blast of power pop with textures ...

The Fountains of Wayne: Mojo Rising

Interview by Barney Hoskyns, MOJO, May 1997

CHRIS COLLINGWOOD and Adam Schlesinger have waited a long time to see their pure-pop/power-pop dreams realised. The duo were penning addictively hummable songs as long ...

WAYNE, NEW Jersey, I don't know, but Utopia Parkway was a mile from where I grew up, and let me tell you, Joseph Cornell's artistic ...

Fountains of Wayne: How to Be a Rock Manager for a Day

EAGER TO LEARN if we have what it takes to make our way in the talent-management industry (sticky fingers, violent tendencies), Blender asked pop maestros ...

Lost souls and unsung heroes still stalk the landscape for Fountains Of Wayne — but has the well of compassion run dry? ...

Go All The Way: A Thing Called Power Pop

"Pete Townshend coined the phrase [power pop] to define what the Who did. For some reason, it didn't stick to the Who, but it did ...