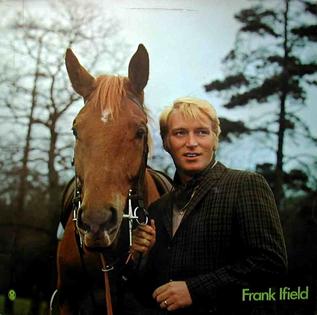 The fans get a better deal down under says FRANK IFIELD, Australia's Tommy Steele, now making a name for himself over here ...

THE NEWS that Cliff Richard is being sought for American TV's world-famous Ed Sullivan Show this autumn couldn't be more appropriate than it is right ...

It Was All The Better For That Ifield Smile!

Recording manager NORRIE PARAMOR reveals a secret behind the No. 1 hit ...

"I THINK it's fantastic," said Frank Ifield over the phone from Brighton where he was appearing last week. "Suddenly 'I Remember You' is selling throughout ...

THE SUCCESS of Frank Ifield in America has really converted Bobby Vee to country and western music! "I had no idea that C and W ...

THERE'LL BE no stopping Frank Ifield now! It HAD to happen that 'Lovesick Blues' would hit number one, and establish the Australian as our leading ...

WE WERE sitting in Frank Ifield's dressing room at Liverpool Empire on Sunday — the last night of his triumphant tour with the Phil Everly ...

Frank Ifield had all the Star Qualities – Good Looks, Good Voice, Charm, etc., but it took him three years to hit the top, because ...