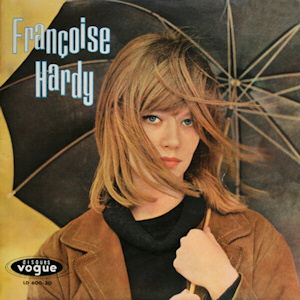 Francoise Hardy sets the trend: With-It Ones Go After That Natural Look

FRANCOISE HARDY'S a darling. With her natural good looks, long, swinging hair and super slim figure, she's the doll that all the boys dream about ...

AT TWENTY-ONE, Francoise Hardy is undoubtedly the most attractive musical organisation in the world. She is her own accompanist, agent, manager and composer. For that ...

FRANCOISE HARDY swept into London's Savoy Hotel in a red jacket, boots and bell-bottom trousers. It had been quite a day for the French star ...

WALES — the land of song. Yet when the FAB gang sat down and discussed how many pop singers we know who come from Wales, we only ...

Life can be very complicated when you're a top star. For French singing star Françoise Hardy, life is even more complicated. For Françoise is in ...

Françoise Hardy: "I can't sing, but I act worse than I sing"

"I CANNOT sing very well, but I act worse than I sing," says Françoise Hardy. ...

Forty years on a new album reveals the mature mettle of the great Yé-Yé girl ...

SINCE VAULTING to international stardom as a teenager in the pre-Beatles '60s, Françoise Hardy has been France's leading female pop singer. ...