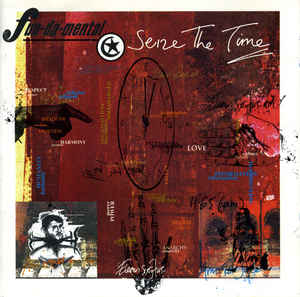 Report and Interview by Push, Melody Maker, 9 May 1992

"FORGET THE IMAGE of Asians as passive, happy people," begins Prince Haq, MC with Fun-Da-Mental, a Bradford group who are fast making a name for ...

Report and Interview by Caroline Sullivan, The Guardian, 13 March 1993

IN 1992, WE thought we were unshockable. Then came news of an English band, those angry sons of Asian immigrants, who had found a chink ...

IT IS the night before the local elections, the one chance to hit the BNP where it really hurts... and Bath is sound asleep. Down ...

ON A REMARKABLE autumn's day on which Chelsea go from to two down to three up at Leeds, Everett True gets hospitalised because he's too ...

The last time FUN-DA-MENTAL took a journalist to Pakistan, the writer came home a jibbering wreck and the band split. A return trip anyone? Bribes/blackmail/strict ...

Angry in the UK: Fun-da-mental