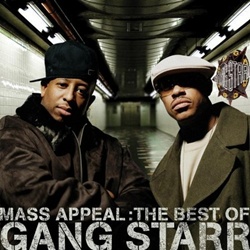 G.U.R.U. KEITHY E and DJ Premiere have jam packed an album full of 18 mini story-like raps, which helps to promote a continued diversity despite ...

Utterly splendid eclectic rap duo GANG STARR have sympathy for Saddam and Farrakhan, dis Vanilla Ice and think Mötley Crüe are dope, but were too ...

On the eve of their first British live dates, PUSH meets a rap duo who don't glorify ghetto violence, drugs, crime and screwing "bitches", but ...

Four albums down the line, GANG STARR are on the verge of promotion to the Premier League with their unique brand of rap. ANGUS BATEY ...

For most other artists, one project like Jazzmatazz in a lifetime would be enough. Not for Guru. Jazzmatazz 2: The New Reality collects up many of the first LP's ...

The Greatness of Gang Starr

IN 1997 EMI Records was in the process of folding, and among the groups who were up for grabs was Gang Starr, a veteran NYC ...

IN HIP-HOP'S world of oversized egos and spiralling sales, few dare to admit weakness. So for veteran New York-based duo Gang Starr to return after ...

LIVE HIP-hop is such a rare occurrence it's almost a duty to disregard the actual quality. However, Gang Starr don't need any excuses made for ...