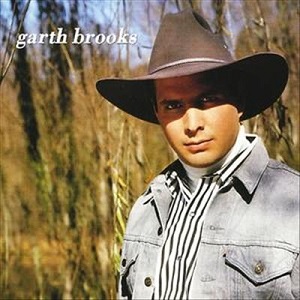 A Life In The Day Of Garth Brooks

Original version of piece for The Sunday Times Magazine ...

BANDY-LEGGED and pigeon-toed, Garth Brooks has finally taken off his stetson and is staggering around the stage of Atlanta's Omni like a man who's just ...

With Garth Brooks leading the way, Nashville is booming ...

GARTH BROOKS is a regular at the Pancake Pantry on Twenty-first Avenue in Nashville. When he arrives for breakfast, the proprietor greets him at the ...

A Megastar for Everyman ...

As the nation turns its lonely eyes to the Seventies for inspiration, they alight fondly on Kiss, who were stupider and crasser than anyone — ...

Profile and Interview by Robin Eggar, The Sunday Times, 23 January 1994

"SHHH." THE admonition echoes around the room, stalling conversation in mid-drawl, beer in mid-swallow. The ensuing hush is equal parts reverence and show-me. ...

LISTENING TO Walk a Mile in My Shoes, RCA's recent boxed set of 70s-era Elvis Presley, I caught an echo of Garth Brooks. For years ...

"LIFE IS only therapy — real expensive and no guarantees," Brooks sings in 'You Move Me'. Well, leave it to Brooks to take his cure ...