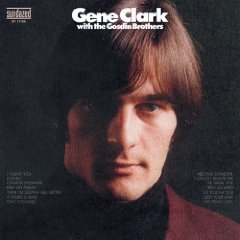 SAD NEWS for Byrd lovers — Gene Clark is suffering from "nervous strain" and has been advised by doctors not to undertake any further personal ...

ONE OF the prettiest records to date from Cher is her newest, 'Mama'. This one is another Sonny Bono composition, and it really is a ...

Will they start a store together? Maybe a diner or a hockey team, or mow lawns? Naw.... because the other day we were sitting on ...

The Soulful Return Of Gene Clark

WHILE ROGER McGuinn plays with his electronic toys in his Hollywood mansion and makes records that are mere shadows of his past work; while David ...

IN THE END they traded their tired wingsFor the resignation that living bringsAnd exchanged love's bright and fragile glowFor the glitter and the rougeAnd in ...

Echoes: An Interview With Gene Clark

WAY BACK THEN, in DARK STAR 3, I wheeled out something called "Gene Clark: Zenmaster", a highly personal crit of the myth-spinner himself, whose music ...

A Forgotten Man in the Spotlight ...

GENE CLARK'S last performance took place about a mile or so from the spot where the Byrds took off from 27 years ago – Ciro's ...

THE LAST TIME I had a conversation with Gene Clark was on a sunny Sunday afternoon in April at Aron's Record Store in Hollywood, not ...

UNTIL RECENTLY, Gene Clark has been one of rock's best kept secrets. Harassed by his Byrd colleagues, ignored as the real inventor of country rock ...

JUST ACROSS HOLLYWOOD Boulevard from Mann's Chinese Theatre, where the stars imprint their hands and feet in cement, stands the Roosevelt Hotel. A showplace hotel ...

GENE CLARK'S NO OTHER IS ONE OF THE GREAT LOST ALBUMS. ...

"THERE WAS so much I was told that was not real," Gene Clark croons on the haunting 'With Tomorrow', "so many things I could not ...

GENE CLARK of the Byrds was many things - a charismatic stage presence in a '60s band that became an American icon; a gifted and ...

The Byrd Who Flew Alone: The Triumphs and Tragedy of Gene Clark (Four Suns DVD)

OF ALL THE hard-luck tales about musicians who died before their time – Brian Jones, Hendrix, Joplin, Morrison, Parsons, Bloomfield, Cobain, Winehouse, et al. – ...

From hallucinatory stormers to Dylan-esque big-city tales, here are 10 tracks that define an artist forever ahead of a game he always ended up losing. ...

Gene Clark: No Other

Deep-digging revisitation of one of the pre-punk 70s' best albums ...