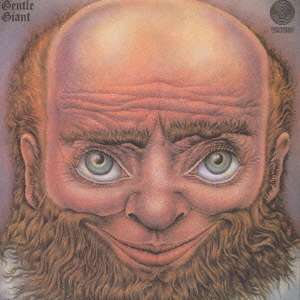 Following in the footsteps of GENTLE GIANT ...

Report and Interview by Phil Sutcliffe, Sounds, 1 May 1976

Well, we've had the wheel, sliced bread, the ceiling of the Sistine Chapel and now Big Phil Sutcliffe's copped the newie...Yep, it's Gentle Giant's eighth ...

RETURNING HOME TO England has always been a bit of a comedown for Gentle Giant. ...

YES, FOR the first time on record you too can hear Gentle Giant play a bum note! In fact not one but several, together with ...

GENTLE GIANT crave recognition in their homeland with a longing which at times borders on the pathetic. For all their success in the States and ...

Gentle Giant: Giant For A Day

THIS GENTLE Giant album could present you with some difficulty and even expense. The problem is that you'll have to set your record player up ...

I'M STILL NOT sure what the word "contrapuntal" means. But that and "pretentious" were two words I learned as a teenage Gentle Giant fan in ...