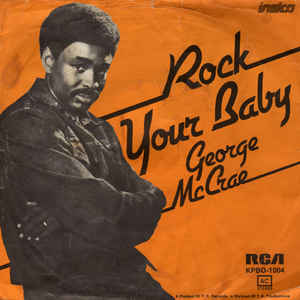 IN EUROPE, we are quite used to discos being a major force behind the establishing of R&B hits but it's a medium that hasn't been ...

STRANGE how chance plays its part in the record business. If George McCrae hadn't decided to have one last try at making a hit record ...

"I TELL YOU... England is the most exciting and beautiful country I have ever seen," says George McCrae, now two and a half weeks into ...

Soul Single of the Year: 'Rock Your Baby'

IT WAS the year's summer sound — a sort of black funk Lovin' Spoonful — which for a short time wholly captured the imagination of ...

GEORGE McCRAE and the TK studio hands don't sell songs on his albums, they sell a mood, an ambience. ...

George McCrae: Growing Pains But It's Worth It All

IN SOME ways, George McCrae has attained the impossible. Because if you consider the past, you'll find that virtually every artist who literally explodes on ...

Okay George, Diamonds Are Forever But

In search of a new sound, George McCrae moved to New York to record his Diamond Touch album. But U.S. sales ain't been all they ...