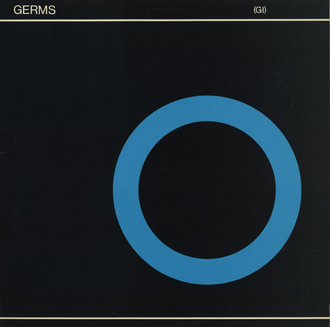 If Los Angeles is the future, how come its bands all sound so backdated? MARK WILLIAMS puts the case for the defence ...

TWO YEARS ago, when the Germs first hit the struggling L.A. punk circuit, this writer figured they would soon give up and return to the ...

SOUTHERN CALIFORNIA is always preceded by its own legend. There is no way you can avoid that legend if you grew up with the price ...

THIS ALBUM'S a real pisser. If you've got a nose for noise and don't buy this slab, you're up Hell Creek without an asbestos wiener. ...

Forget all the bullshit! Forget the scandal! This is the real NIRVANA! Mellow! Happy! And capable of lounging Stateside arenas without baulking! In a Big K! exclusive, ...

Marc Spitz with Brendan Mullen: We Got the Neutron Bomb - The Untold Story of L.A. Punk

IT'S KINDA IRONIC that the untold story of the Los Angeles punk scene should be officially told (tolled?) at a time when New York City ...

The Germs: Germicide/The Dead Boys: All This And More/Various: What? Stuff (Bomp! Records)

HE WAS Johnny Rotten and Sid Vicious rolled into one. A befuddled punk prophet with a brilliant mind whose rise was as shocking as his ...