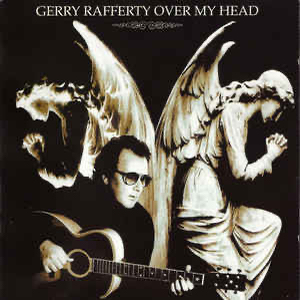 Gerry Rafferty: Can I Have My Money Back?

GERRY RAFFERTY rarely comes up in interviews, seldom works on the road and is in London even less often. And yet when it comes to ...

Gerry Rafferty: A Humble One

GERRY RAFFERTY is one of the more elusive and enigmatic figures on this increasingly strange roundabout. A Scotsman bred on traditional music, he was never ...

Gerry Rafferty: Right Down the Line

THE SHADOW OF melancholy now seemed to rise like a weight from Gerry Rafferty's shoulders. 'Baker Street' was an instant smash and he went on ...

"I DESPISE THE values of the rock music industry, for the most part," Gerry Rafferty tells MOJO as he launches his comeback into said biz ...

Singer and songwriter known for 'Stuck in the Middle With You' and 'Baker Street' ...

THE RECENT, TRAGIC, DEATH of Gerry Rafferty reminded thousands of fans just how vital his contribution to the '70s was, first as a member of ...

THE RECENT, tragic, death of Gerry Rafferty reminded thousands of fans just how vital his contribution to the 70s was, first as a member of ...