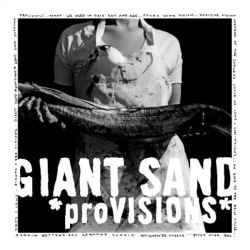 Howe Gelb, of Giant Sand, may be the hardest-working man in alt-country. But as he releases yet another record, he'd rather talk about mojitos and ...

A worthy addition to a catalogue already embarrassed with riches ...

Sands of time — Way Too Much Light: Howe Gelb And Friends