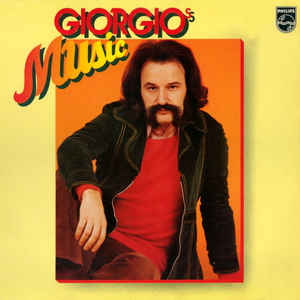 GIORGIO, Ms Summer's producer, gives the low-down on their sessions in the studio. ...

Disco Doesn't Have to Mean Dull

TEN YEARS from now, some Nick Lowe with perfect recall will mimic the sound of Giorgio Moroder; for it defines and will come to represent ...

Soundtracks Thrived in Summer of '85

Retrospective and Interview by David Toop, The Wire, April 1992

SO YOU THINK Giorgio Moroder and you think of Donna Summer's pornographic 'Love To Love You Baby' and all that followed, but there's more to ...

The Italian from Munich changed how records were made ...

Retrospective and Interview by Dorian Lynskey, MOJO, May 2015

BETWEEN 1974 AND 1986 GIORGIO MORODER TRANSFORMED POP AND DISCO WITH A NEW KIND OF EUPHORIC MACHINE MUSIC. NOW, AFTER HIS 2013 SPOT ON DAFT ...

Song from the Future: The Story of Donna Summer and Giorgio Moroder's 'I Feel Love'

Forty years after its release, the ingenious studio gurus behind the robot-funk masterpiece talk about how it came to be. ...