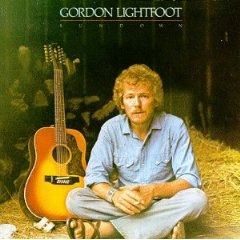 ABSOLUTELY FREE by the Mothers (Of Invention) must be heard to be believed and appreciated. The music is incredibly dynamic, the lyrics irresistibly memorable. ...

CAN YOU imagine someone becoming a well known poet and singer, yet never cutting a record? ...

IT'S MIDDAY in Toronto on Thursday of last week and Gordon Lightfoot is sitting back and reckoning that everything's getting just a touch silly. Which, ...

FOR A DECADE NOW, Gordon Lightfoot has been a neo-folk hero in Canada. His early records and performances were distinguished by a rugged romanticism that ...

ON AN UNSEASONABLY warm Thanksgiving, Gordon Lightfoot is in an uncharacteristically reflective mood, sipping coffee and looking back on a career that has produced every ...