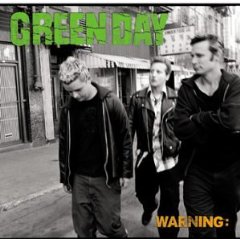 The young pups of punk nouveau phone in about their humungous success, vast wealth, and what it means to be a punk, twenty years after the fact.

If Today Is Yesterday’s Tomorrow, Is Green Day Today’s Beatles?

IF YOU BUY one album this coming year buy this one: Green Day’s Kerplunk! ...

Popcore Ascending? Or Is That Just The First Phase Of 'The Greatest Band In America'? ...

GREEN DAY's unexpected rise from Gilman Street punk urchins to MTV poster children has not come without a price. Eric Weisbard wonders if they can ...

Green Day: The Dookies Of Hazards

Smothered in mud, wrestling with bouncers, GREEN DAY are The Monkees, The Kinks, The Banana Splits and The Ramones in one handy million-selling punk rock ...

Green Day: "It's the Drugs"

Californian group Green Day have sped through the past year, with more than a little help from their friends Billy Whizz and Bob Hope. And ...

Billie Joe: "People suddenly see you as this voice of a generation. And you’re kinda going, Huh? All I was doing was pulling my pants ...

BY MATCHING the cheeky insouciance of the early Beatles with the amphetamine hooks of the Ramones in the late ‘80s, Green Day graduated rock and ...

IT'S NOVEMBER 1990, and Green Day are playing their first-ever Hollywood gig, thrown into the middle of a nine-band bill at the Coconut Teazer. ...

GREEN DAY at Nassau? The band that had been playing graffiti-riddled ratholes for gas money only months before took six minutes to sell all 14,895 ...

GREEN DAY'S success has returned to vogue one of rock's simplest and most crucial sounds, the uptempo party bash that dates to all those garage ...

With their technicolour mohicans and tattoos, Green Day and Rancid are bringing teen spirit to a generation of Americans who weren't even born when the ...

Those loveable American punk rockers GREEN DAY are back. We join them in Milan to find out if they're still punk at heart. Guess what? ...

GREEN DAY have dropped another load of Dookie upon us. By which I mean the band have made a big pile of new songs as ...

In 1994, GREEN DAY and THE OFFSPRING released two albums which changed the face of American music. From Dookie and Smash to 'Pretty Fly (For ...

After the huge success of GREEN DAY, THE OFFSPRING and RANCID came the inevitable wave of copy-cat bands and the backlash. Here, US punk's movers ...

The Biggest Punk Rock Band in the World: Green Day

THE FACTS speak for themselves. With worldwide album sales currently in excess of 23 million, their Grammy Award winning, multi-platinum Dookie debut boasting an almost ...

GREEN DAY'S New York show, one of four small venue dates the band played before its fall arena tour, felt like it was shot out ...

SKIPPING TO THE conclusion before the qualifying: 21st Century Breakdown is an abject failure, a hollow-sounding shadow of the zeitgeist-riding, multi-platinum American Idiot. ...

IF ANYONE HAD suggested, circa Dookie 15 years ago, that Green Day would one day carry the torch for the classic rock opera… well, no ...

A FULL QUARTER of a century into their career, the Californian pop-punks should really be churning out tired, formulaic albums or, more likely, contemplating splitting. ...

THE ROCK OPERA first grappled with by Pete Townshend and Ray Davies at the end of the 1960s, as rock's growing thematic seriousness and their ...

LATELY I'VE BEEN feeling disillusioned with the state of rock and roll. It seems like only the bands that were already bands long before this ...