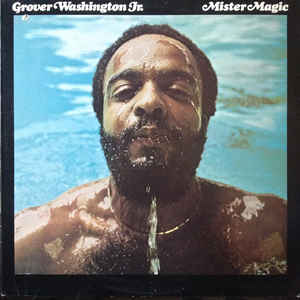 GROVER WASHINGTON Jr. became one of Kudu's brightest lights by a complete one in a million accident. "I was called in to do a background ...

Grover's Bringing Jazz Back to the Charts

"IT ALL HAPPENED so fast. One day people weren't listening to jazz — they'd look at an album and say 'This is jazz, this is ...

IN JAZZ circles, Grover Washington Jr. is even unique because though he has been commercially successful in a big way, he still appeals to the ...

POLYDOR HAVE been a little slow in putting this album from jazz-funk maestro sax-man Grover Washington into the marketplace. ...

A concert of funk and syncopation ...

ALTHOUGH on odd occasions they have varied their musical direction – notably into Country & Western for a minute and via the Rare Earth Rock-Pop ...

By way of many fine recordings and countless live performances, Grover has become acknowledged as one of the decade's most talented musicians. But what of ...