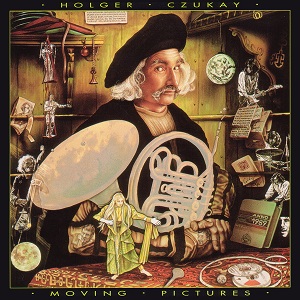 AN AMBIENT tape is burring in the background. "I made a special cassette for a new kind of radio programme," explains Holger Czukay as we ...

A Trance In Tatters: Krautrock und Beyond

Holger Czukay: The Lunatic Has Taken Over The Asylum

"WHEN I WAS 39 it was a very special year for me," reminisces Holger Czukay. ...

David Sylvian: Words of the Shaman

THE LAST TWO YEARS HAVE BEEN A PERIOD OF TRANSITION FOR DAVID SYLVIAN, BUT HE'S NOW IN A NEW COLLABORATION WITH HOLGER CZUKAY AND A ...

THE MAESTRO'S really gone on an extended lunch hour this time. Radio Wave Surfer, the latest in a sporadic series of album bulletins from rock's ...

No Borders Here: Holger Czukay’s Movies and On The Way To Peak Of Normal

DURING THEIR heyday in the mid-70s, Can put great emphasis on the subjugation of the individual to the sound of the group. At their best ...

The Can Founders: Columbiahalle, Berlin