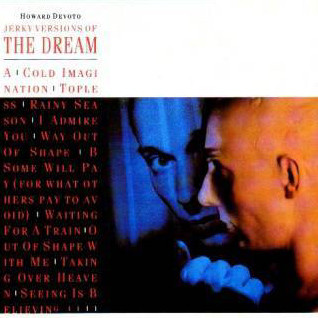 Manchester: They Mean It Maaanchester

MANCHESTER as a Rock and Roll town just didn't use to exist. It fed dutifully off London, and there were frequent visits from groups to ...

HOWARD DEVOTO gives good face. Unlined and triangular, topped with a vast expanse of forehead; the kind that popular folklore maintains is the unmistakeable dead-giveaway ...

WERE YOU a wimp at school?I wouldn't say I was a wimp. I think I did get bullied. ...

I NEVER CARED much for Magazine. They were a group without a style, or at least a group whose style consisted in a profound lack. ...

WELL, YOU can always hope, can't yer? Fat lot of good that'll do you on a night like this. ...

Retrospective and Interview by Kieron Tyler, Record Collector, May 2000

"I'M TIRED OF noise and short of breath. I'm sick of having to address people out of breath and under my breath." That was how ...

Howard Devoto: Shot By Both Sides

AND THEN, in 1976, when Howard Devoto was 24, he wrote and recorded four fast songs with the group Buzzcocks, and they became the EP ...

YOU HAVE BEEN parachuted into the middle of 1976. Text messaging, Hear'Say and Osama Bin Laden belong to an unknowable future, but The Sex Pistols ...