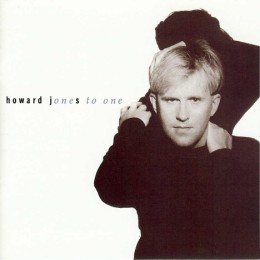 HOWARD JONES. The real thing or just another keyboard wizard with just enough talent to blaze a fiery but abruptly short trail through our memories ...

Undeterred by the psychological disadvantages of being a one-man band and the subject of a national 'paper slur campaign', HOWARD JONES struggles on... to victory, ...

And the mediocre shall inherit the earth... Or at least the charts. RICHARD COOK fits out the faceless folk of pop. ...

"YOU'D BETTER give this a good write-up," quoth my 18-year-old brother, veritably frothing at the mouth with raw aggression, halfway through giving Howard Jones a ...

HOWARD JONES doesn't like to do interviews. He believes eating meat is the last remaining barbarism in Western society. And that the universe is perfect. ...

Howard Jones Has Had A Baby

MUSIC HAS always been a tribal thing, and the music press – Classic Pop excepted, of course – has always derived a certain sadistic pleasure ...