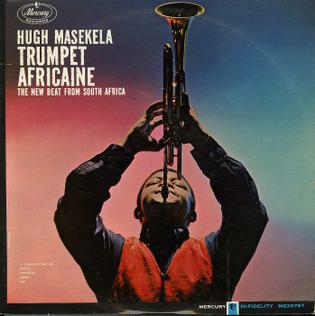 HUGH MASAKELA is best known in this country for his UNI instrumental hit, 'Grazin' In The Grass', which later provided the Friends of Distinction with ...

Our diplomatic correspondent in Los Angeles talks to Hugh Masekela, one of Africa's favourite sons. ...

Hugh Masekela: Blazing In The Bush

AT A TIME when Western attention is once more turned on the evil and cunning of the South African government, it couldn't be more appropriate ...

HUGH MASEKELA hasn't been back to South Africa since he left his homeland 27 years ago to study trumpet in London and New York, but ...

IN THE MID-1950s, as Chuck Berry, Elvis Presley and all the rest were leading a rock 'n' roll revolution across America, Hugh Masekela found himself ...