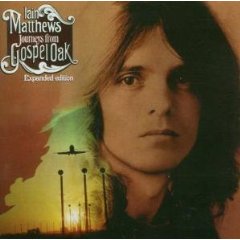 BACK FROM a promotional tour of the States, Ian Matthews sat in a West End Wimpy Bar pondering his next move. He knows precisely what ...

Ian Matthews: If You Saw Thro' My Eyes (Vertigo)

THE TROUBADOUR this week is the scene of one of those unfortunate billings, a pairing whose promise as one of the club's most attractive one-two ...

RANDY NEWMAN looks like a kid you used to know in high school — the one who always read Scientific American and got A's in trig. Which ...

Profile and Interview by Mick Houghton, Let It Rock, October 1973

IT SEEMED almost inevitable that Ian Matthews would find himself living and recording on the West coast of America, and he admitted that before he ...

I'VE ALWAYS HAD a strong affection for Ian Matthews' music since the Fairports, and just like a lot of other people, I suppose, I've wondered ...

Goin' Back With Ian Matthews, part 1

IT CAME AS no great surprise to me that Ian Matthews should come quite so high in the recent poll concerning who you'd like to ...

LAST MONTH WE left Ian moaning and groaning about the Best Of Ian Matthews' Southern Comfort album, which MCA chose to thrust upon an unsuspecting ...