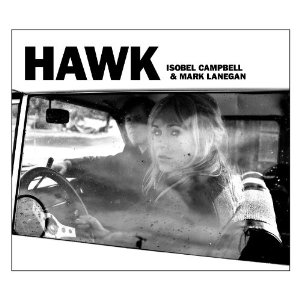 The former Belle and Sebastian singer talks about her collaboration with former Screaming Tree Mark Lanegan: first hearing, then meeting Lanegan; the song writing; her whistling; channeling Lee Hazlewood and Nancy Sinatra, and the prevailing mood of melancholy in their work.

Isobel Campbell and Mark Lanegan: When Beauty Met the Beast

Profile and Interview by Laura Barton, The Guardian, 21 April 2006

What happened when Isobel Campbell teamed up with the wild man of rock, Mark Lanegan? The result, says Laura Barton, could make her Queen of ...

AT TIMES, it's like spying on a first date. She's blond, Scottish, nervous, terminally shy, deals with her jitters by keeping totally silent for twenty ...

Profile and Interview by Tim Cooper, The Independent, 2 May 2008

Belle and Sebastian's Isobel Campbell is on to her second album with rocker Mark Lanegan. She tells Tim Cooper about an odd coupling. ...

ISOBEL CAMPBELL has just killed a bluebottle, a crime of muscacide for which she carries absolutely no remorse.  ...

IN THE FIVE YEARS since she started working with Mark Lanegan, Isobel Campbell has emitted a low hum of irritation that we should find their ...

"I Write the Songs; He's the Eye Candy": Isobel Campbell and Mark Lanegan

Profile and Interview by Stevie Chick, The Guardian, 28 October 2010

IT'S THE CONTRASTS between Isobel Campbell and Mark Lanegan, clearly visible from any seat in the Barbican tonight, that you notice first. Campbell, stage left, ...