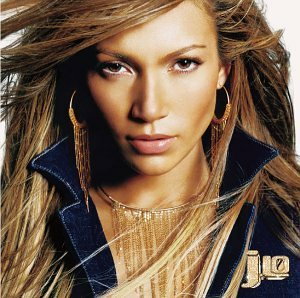 In the new movie Selena, Jennifer Lopez had the coveted - yet unenviable - task of playing the most adored Latina singer ever, the late ...

Jennifer Lopez: On The 6

Popstar/actress' debut album where she tried to topple Gloria Estefan. She didn't. ...

Ifs and Butts: discs from Jennifer Lopez and Ricky Martin

As Latino pop looks set to take over the charts, Caroline Sullivan is only mildly impressed by the two artists leading the charge ...

R&B’s ALL THE rage, yet memorable tunes like Sisqo's 'Thong Song' are few and far between. First single, 'Love Don't Cost A Thing', with its ...

Jennifer Lopez: This Is Me…Then (Epic)

Actress/diva switches on the autopilot ...

Jennifer Lopez: This is Me… Then/Mariah Carey: Charmbracelet/Martine McCutcheon: Musicality

ON HER NEW album, Jennifer Lopezhas cannily mixed her real life romance with her music. So listening to This is Me… Then feels a little ...

THE UNIVERSAL MAULING of 2003's dire rom-com Gigli must have come as something of a shock to Jennifer Lopez. It was the first clear sign ...

HOW TIMES have changed for Jennifer Lopez. Once the love interest of R&B-hip hop's most megalomaniacal Badboy, mogul Sean "Puffy-Diddy" Combs, and famously caught up ...

All rock stars have a price, even Mick Jagger

The biggest names in music have been enjoying a nice little earner – getting paid millions to perform for the super-rich. ...

Jennifer Lopez: Superstar of the Caspian

Jennifer Lopez brought her spectacular show to Baku recently and talked to Baku in her trailer afterwards about glitz, glamour and hype. ...

Are female pop stars glorifying their bodies or objectifying them? Well, it's complicated. ...