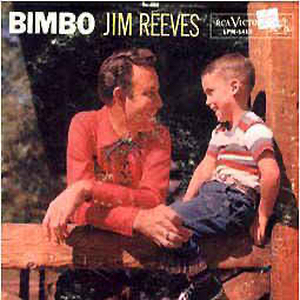 JIM REEVES comes from Texas, has that celebrated lazy Texan drawl and a relaxed attitude towards singing and his audience. Everything appears to be taken ...

Jim Reeves: "We just come through here once..."

JIM REEVES, only a few weeks off forty but looking much younger, relaxed In the garden of his beautiful new home at Madison, Tennessee. He ...

WHEN JIM Reeves last visited London, he and I talked long and earnestly about what he wanted to do with his career. He had hit ...

From Tennessee Mrs. Mary Reeves says thanks for Jim's first number one ...

"THE MOST loyal people in the whole world" — those were the warm words with which Mary, widow of the late Jim Reeves, described British ...

Come On, Let's Go!: Elvis on the Hayride