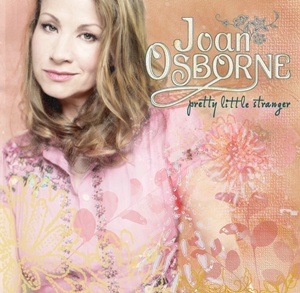 Meat and potato with little relish ...

Sass, sexiness, and sackfuls of self-assurance have taken mic stand-stradding Grammy-dodger Joan Osborne from Kentucky's hick climes to a place at the heart of the ...

THE FIRST TIME I turned on the radio and heard 'St. Theresa', (the opening track off Osborne's 1995 release, Relish) I felt branded for life. ...

NOT ALL THE gospel music at Jazz Fest takes place in the Gospel Tent, a fact that will be brought home with great spirit by ...

Joan Osborne: Between the Covers

Report and Interview by David Burke, R2/Rock'n'Reel, May 2008

SOME ARTISTS are indelibly associated with one piece of work their whole lives. What once was a gift in terms of eliciting public acceptance can ...