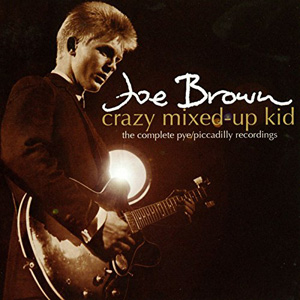 Denver is hit of Parnes package ...

He talks to Alan Smith about having two albums in the charts ...

THE LATEST chapter in the crazy life of Joe Brown started with him whistling to me across busy Shaftesbury Avenue, in London's West End. He ...

Shooting, Yes, and Riding, But Right Now Joe's Crazy About That Fishin' Lark

JOE BROWN slapped his make-up on, ran his fingers through his close-cropped hair and complained of sheer fatigue. "I dunno what's the matter with me, ...

JOE BROWN has really put his foot in it this time. ...

WHAT A wealth of talent the Crystals have, and how the four young American gals displayed it to their first-ever British audiences at the Coventry ...

WHATEVER YOU think you know about Joe Brown, forget it. ...