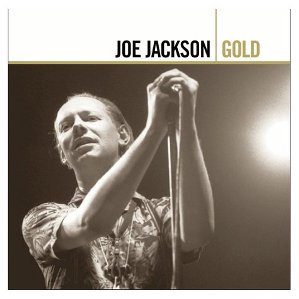 The lanky singer-songwriter talks about his new Blaze of Glory album; songwriting and arranging; being in exile in NYC; film soundtracks and more.

JOE JACKSON is a contender: he's fast, tough and he doesn't mess around. At a time when the orthodox powers-that-be in the rock business are ...

Joe Jackson: Crisp. In A Huge In America Sort Of Way

THE HANDS spell nerves: balled into fists and rammed into the pockets of the pinstripe jacket. The elbows jerk and the knees twitch, the face ...

"I THINK people realised it's about time they had some decent music over here", says the man behind the desk at the top of the ...

SUCCESS success success! (Does it matter?) ...

Joe Jackson: Is She Really Going Out With Him?

HURRAH'S IS, for the moment, the in-crowd club in New York's rock circle, having taken over the limelight from CBGB and Max's. Those who seem ...

EYES RIGHT! Talking Heads are playing the Electric Ballroom tonight, and clearly visible above all the twitching cerebella is one head, as instantly noticeable as ...

ROCK 'N' ROLL is supposed to be from The Wrong Side Of The Tracks and I suppose the Joe Jackson Band's rehearsal room qualifies. It's ...

WITH SOME albums, constructive criticism's more a case of wishful thinking. With others, you just don't bother. ...

FOR YEARS JOE Jackson made his money playing covers in English Playboy Clubs, ignored amid the bedroom eyes. His own music was rejected by every ...

IS JOE JACKSON as tired of goofing on wacky 50's graphics as I am? Apparently not, because Beat Crazy sports the squarest, most cliched cover ...

JUMPIN' JIVE IS about a musician with an attitude messing with music that is about style. ...

WHITE ROCK musicians are notorious for "borrowing" from blacks. Were it not for the inspiration of Muddy Waters, John Lee Hooker, James Brown and so ...

JACKSON IS the kind of nice guy people admire rather than warm to. He has the right sort of moves and an unimpeachable humanitarian streak; ...

Joe Jackson used to be just another angry British rocker. Now he makes music that wouldn’t seem out of place in an up-market New York ...

ANYONE WHO'S familiar with the Blue Note albums of the '50s and '60s will appreciate the homage paid by the cover of Joe Jackson's latest. ...

Joe Jackson: No Room For Rock

On a Friday evening in an undistinguished bar in Manhattan’s East Village, a drunk slides off his stool and onto the floor, where he curls ...

Joe Jackson: Stepping Out: The Very Best Of Joe Jackson

MAYBE JOE JACKSON has never stood still long enough for a lot of people to get to like him. Although The Very Best Of – ...

Interview by David Sinclair, Q, May 1991

JOE JACKSON is clearing up and moving out of his first floor Manhattan apartment. A cool breeze blows gently through the open French windows and ...

Joe Jackson, songwriter and contrarian, talks to Robert Sandall about smoking, Berlin, and his new album. ...

JOE JACKSON doesn't strike you as someone who's all that bothered about anniversaries, preferring to remain in the present rather than return to the past. ...