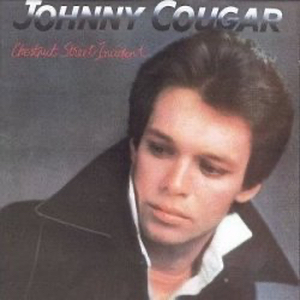 NOW IS PROBABLY not the time for all good men to sing about their country. That's because most good men are bound to come up ...

Renegade Stories Down Thru the Years: ...

John Cougar: No wonder he's feeling so up

Who is John Cougar and why are people saying these things about him? Critics are calling him a shameless Mick Jagger mimic and the Rich ...

THE YOUNG black television executive standing on the steps of the Indiana University Auditorium is nervous. Like the camera crew assembled in front of him, ...

MY STOMACH WAS in my throat again, and I was seriously contemplating murder. The victim would be editor-in-chief of the rag you presently hold in ...

You'd think that John Cougar Mellencamp would be living a rock 'n' roll version of the proverbial life of Riley. ...

ROBERT ZIMMERMAN wanted to emulate Woody Guthrie, while John Mellencamp aspired to be the next-to-last David Bowie, and here they are at fateful birthdays 60 ...

HEARTLAND ROCKERS have been ten-a-penny over the last 20 or 30 years. For every eloquent and poetic Springsteen there is a subs' bench straining under ...

"THIS IS OUR twenty-third Farm Aid," said John Mellencamp, "and when we started this thing, we were naïve enough that we thought we'd have this ...

SEATTLE—John Mellencamp played only one song from when he was known only as "Cougar", and even that was only to fulfill an obligation to people ...