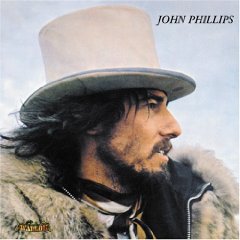 More things there than murder are bizarre, reports Lillian Roxon ...

THAT DELANEY AND BONNIE have been instrumental in reshaping a considerable part of the ethos of modem pop music is indisputable. Eric Clapton, the charismatic ...

INSIDE THE Mama's and the Papa's, something better was waiting to get out – and this is it. ...

John Phillips: At The Bitter End

IN THE mid-60s, when lots of weird and strange sounds were filtering across from California and the West Coast of America, one very hip vocal ...

John Phillips: The Wolfking of LA

LIKE KEITH RICHARDS, WHOM HE often equalled in the extreme party stakes back in the blackout days of '70s rock excess, I always figured John ...

IN AUGUST 1977, John Phillips was supposed to be recording the album with Keith Richards that would mark his comeback. ...

Bowie and the missing soundtrack: The amazing story behind The Man Who Fell to Earth

Retrospective and Interview by Chris Campion, The Guardian, 8 September 2016

David Bowie is rumoured to have written a score to the sci-fi classic that's locked up in some vault. But the truth is much stranger ...

see also Mamas and The Papas, The