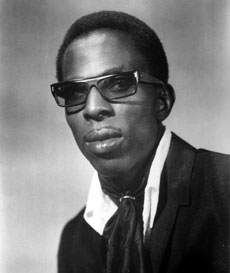 Growing up in New Orleans, gospel roots, the country music connection and much more.

Johnny Adams: Heart And Soul; Eddie Floyd Down To Earth

If anybody doubts that this is a poverty-stricken era for popular music, let him name a black solo male singer whose records he looks forward ...

Johnny Adams Creeps Up On Some Recognition

CHARLY FOLLOW-UP their 1978 reissue of Johnny's Heart And Soul album with a wider-ranging retrospective on the man also known as the Tan Canary. (Given ...

Johnny Adams and Percy Mayfield: A Blues Gem From A Surprising Pairing