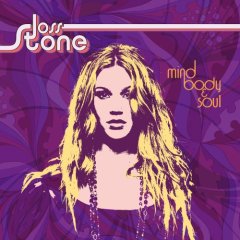 ONLY six months ago Betty Wright was famous. A Grammy winning, soul singing, star of the '70s and '80s. Now she's just referred to as ...

WHEN YOU'RE a pop star, life rushes by at a furious pace. And things are so hectic for Joss Stone right now that the only ...

MEETING JOSS STONE in the Electric Lady recording suite in downtown Manhattan feels curiously appropriate. Set up in 1968 by Jimi Hendrix, who named his ...

The Brits 2007: Live and Everything

JOSS STONE is smoking a fag. Crouched on the pavement outside the BBC's Maida Vale studio, a grey cardigan pulled around her, a skinny roll-up ...

"PEOPLE WOULD SAY, 'So, who do you think you are singing these soul music songs when you are 16 and you're white and you're from ...

"THE QUESTION I always get asked is, 'Why are you still doing this?'" The answer for Burt Bacharach, 91, is love, sweet love. "It makes ...