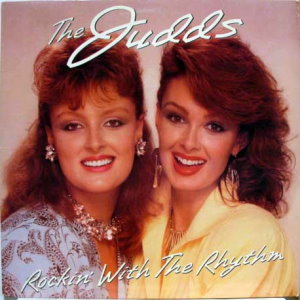 Of Mums & Grammys: The Judds

Part deep country and part cosmopolitan, this mom and daughter team have lived a Cinderella story which stood even Nashville on its ear. Now, No ...

The Judds: That John Deere Factor

DALLAS — AT age 18, Naomi Judd of Ashland, Kentucky, defaulted on her high school graduation: she was in a hospital giving birth to daughter ...

Leaving the old wagon wheels behind ...

Judds: Rockin' With The Rhythm (RCA)

A LONG YEAR on the road has honed Wynonna Judd's voice into probably the finest female instrument of country music today. ...

ONLY COUNTRY, as glitzy and airbrushed as it’s become, could give us something as apple-pie downhome as a mother-daughter harmony duo. A Nashville fairy tale ...

THREE DAYS after the show I discovered that the one in the flouncy skirt and petticoats who sashayed vivaciously round the stage, laughing with each ...

Country singing duo The Judds are keeping their success in the family. Mother and daughter talk to Robin Katz. ...

MAMA'S FROCK is straight out of the best little top shop whorehouse in Texas. Daughter goes for a more conservative tailored black suit. Mama could ...

AFTER SEVEN years of drawing their "new country" congregation to an ever broader church, songwriting mom Naomi and lead-singing daughter Wynonna this time nod to ...

THE EIGHTIES equivalent of the Everly Brothers, Wynonna and her mother Naomi were the most successful female duo of modern country music. ...