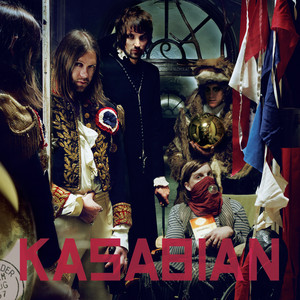 IN 1994 I INTERVIEWED a very new band called Kasabian. Their ambition has since been proven and they have made some of the best modern ...

The true spirit of Glastonbury is alive and well — but you'll find it at a farm in Leicester not Somerset. Dave Simpson meets Kasabian ...

THERE ARE many ways to reach a rock band's heart. Sex and drugs are the most tried and tested, but I've never found either very ...

The four mates of Kasabian would like a shot at the crown before the sun sets on the new UK scene. ...

LIKE THEIR similarly immodest contemporaries Razorlight, Kasabian talk a good fight — or enough of a good fight, anyway, to make you overlook the shortfall ...

With a swaggering new album, and a killer live reputation, megaphone-mouthed Kasabian are a band so in demand that even Pete Townshend is prepared to ...

Kasabian: "We're for all the people stuck in crap jobs"

Kasabian have crossed swords with Keane, the Stones and even Showaddywaddy. But really they're just a bunch of ordinary lads who want to be loved. ...

AFTER THE PATCHY RESPONSE duly bestowed upon the patchy Empire, Kasabian have wisely made a few changes for this much-improved follow-up. ...

KASABIAN HAVE loudly proclaimed their fourth studio album to be a classic. This is no surprise: they always do. ...