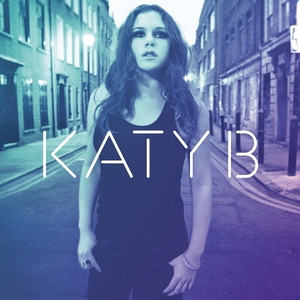 Katy B – New artist of the week

This Brit School graduate is to dubstep what Tracy Thorn was to trip-hop — the go-to girl for those wanting classy female input. ...

Jamie Woon: Mirrorwriting, Katy B: On A Mission

TWO GRADUATES from the school of dubstep — a brooding introvert and a Saturday-night extrovert— bypass the awkward stage. ...

Katy B: On A Mission

FEW TALENTS have bridged the gap between the pop mainstream and underground club culture in recent years with the ease and confidence of Kathleen Brien. ...

Live Review by Caroline Sullivan, The Guardian, 1 May 2011

IT'S NOT HARD TO GUESS that Katy B, for all her success in taking her personable version of UK funky into the Top 10, isn't ...

Live Review by Simon Price, The Independent, 8 May 2011

Wondering who's going to emerge as the voice of 2011? Look no further than the Peckham Princess. ...

London's dance-music doyenne unveils a euphoric new set that sounds exactly the way a great night out clubbing can feel. ...

Katy B: 'Success Wasn't Even On My Radar'

She's the Peckham girl who won't dance to anyone else's tune: interviewed back on her old manor, Katy B proves the perfect modern British pop ...

In Conversation: Katy B

BRITAIN MIGHT BE smitten, as much of the world is, by a Queen B from H-Town, but we've our own pop princess coming through the ...

Out of her natural club environment, and thrust on to a pigeon-strewn, rainy promenade, Katy B compensated by having something for everybody. ...