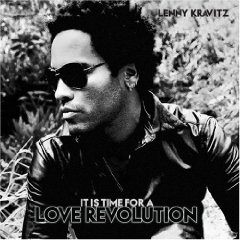 Lenny Kravitz: Come in, sit down, skin up…

Lenny on being away from home, his family background, the truth about the '60s copyist accusations, Prince, his band, and his Romeo Blue persona

AS DEBUT LP titles go, Introducing The Hardline According To Terence Trent D'Arby is a mouthful, but a memorable mouthful. ...

Lenny Kravitz: All You Need Is Love

Lenny Kravitz is well on his way to becoming an international rock superstar. But is he really anything more than a hippy throwback with a ...

Lenny Kravitz might not be the new Hendrix, but he'd play the shit out of Jimi's guitar given the chance. Paul Elliott hears the feedback. ...

"OH MAN, people are always hitting me with this retro thing. And they're all missing the point. A lot of bands now are being psychedelic ...

Lenny Kravitz: Lenny Be Me

Lenny Kravitz doesn't want an image. It's music that matters. He'd rather be in a studio and miserable than outside having fun. Bruce Dessau tracked ...

LAST YEAR'S HANDS-DOWN winner in the specialist category of best debut album by a dreadlocked Russo-Jewish Bahamian-American, Lenny Kravitz has since gone global, being taken ...

IN THE TITLE TRACK of Lenny Kravitz's new album, the singer struggles with the dictates of reality that come to bear on fantasy. "Welcome to ...

LENNY KRAVITZ'S record collection is, mostly, in his new house in New Orleans, not far from the pair of Jimi Hendrix's purple flares which he ...

'ROUND MIDNIGHT on December 20, 1989, at The World in downtown Manhattan's Alphabet City, Terence Trent D'Arby trooped back onstage to perform an obligatory encore ...

LENNY KRAVITZ's iTunes Festival show, a packed and sweltering affair, was effectively the launch party for his new album Strut, which is big on raunchy ...