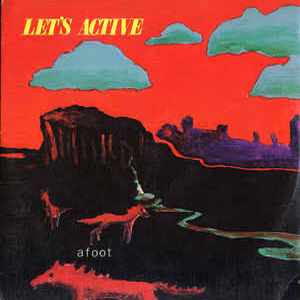 MITCH EASTER is like a kid who only has a box of eight Crayolas – the basic set, no burnt sienna, no vermillion, no cornflower ...

THE REGIONALIZATION of American pop continues apace, and it's about time we turned the beat around on our Brit cousins, right? ...

Let's Active: Big Plans For Everybody

WHEN MITCH EASTER, Chris Stamey, Don Dixon and their fellow travelers in the North Carolina Sneakers-cum-dB's axis drifted north 10 years ago, one characteristic they ...

IT'S BEAUTIFUL down in Winston-Salem, North Carolina, where Let's Active live. Maybe it influences the gentle dynamism and meticulous construction of their ingenious pop sounds ...

"AS A KID, I was sort of a science nerd," says Mitch Easter. Despite his Einstein-like beginnings, this young boy from Greensboro, North Carolina would ...

Along with R.E.M., Athens based Let's Active ruled the college-radio airwaves in the mid-80s. ...

NOTE: This is a vastly expanded version of the Mitch Easter feature, "Perfect Sound Forever," written for issue #76, of Magnet, published summer 2007. Interviews ...