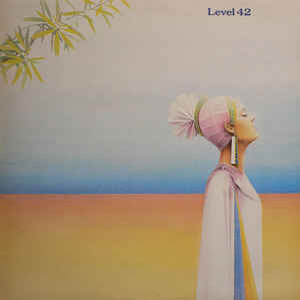 THE MICRO-economic indicators at Crystal Palace Bowl are contradictory: the touts are offering tickets at "less than box office price" but with the opening act ...

Level 42: Standing In The Light (Polydor)

BRITFUNK... THERE'S a lot of it about. From the half-Bakered whine of 'AEIOU' to the anonymous disaster that is David Grant, these isles are responsible ...

Level 42: Living It Down

Profile and Interview by Chris Salewicz, Face, The, November 1983

IN THE HITCHHIKERS Guide To The Galaxy the number 42 is revealed as the clue to The I Meaning Of Life. This is the origin ...

WHY? Because Mark King of Level 42 is widely reckoned to be the best bass guitar player ever. He plays so fast that his thumbs ...

Interview by Rob Tannenbaum, Musician, May 1986

The Synthesizer Star of Compass Point on Getting and Keeping International Feel ...

"I pre-empted the Doctor Martens thing, you know." ...

Level 42: Staring At The Sun (Polydor)

LEVEL 42 make me feel bad. They make me feel like I'm being as predictable as they are — and it's true. But what can ...

Level 42: The Most Famous Thumb in Rock

NOW WHO would live in a house like this? one thinks, as the taxi traverses the length of the drive and passes between the ornamental ...