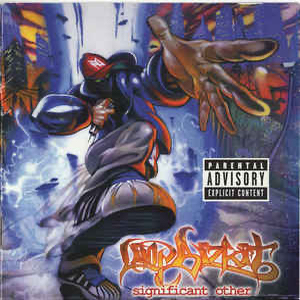 Limp Bizkit: Anything but Stale

Limp Bizkit's Fred Durst combines charisma with marketing instincts that have spelled success for the rap-metal band. Up next: movies and more. ...

WHEN MTV and BET air the new Eminem video 'Guilty Conscience', they run into the small problem of the song's conclusion, where bad-angel Slim Shady ...

"WHO WANTS to speak to me?" Fred Durst regards his cell phone with suspicion. "Adam Sandler?" The Limp Bizkit leader has been chatting with producer ...

Limp Bizkit: Is This Metal's Answer To Puff Daddy?

The Maker gets rapping with LIMP BIZKIT's Fred Durst, the ex-tattooist who has become the most powerful man in metal and a big name in ...

WE'RE IN THE MIDDLE of a war zone. It's us versus them, love against hate, the frenzied adrenalin rush of excitement facing up to the ...

YOU GOTTA WONDER when it go so ugly and so ... well, beyond anger and rage. If you trace this angry post-adolescent thing from James ...