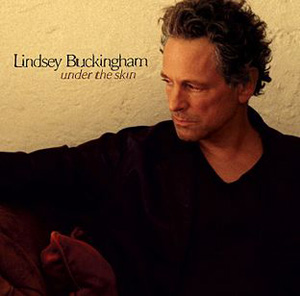 The sometimes Mac man talks about his latest solo album, Seeds We Sow, and his solo career in general. He also talks about Fleetwood Mac, past and present: making Tusk rather than Rumours II; Rumours and all that surrounded it, and his relationship with Stevie Nicks. He also looks back on their pre-Mac project, Buckingham Nicks, and the ongoing relationship with the band versus his solo life.

ONE WAY TO assess the relative merits of any time frame is the measurable presence of oddballs. And, hey, it's no secret that oddball content ...

Handsome millionaire rock star, 34, seeks soul mate for long-term relationship. Must be willing to relocate to LA. No drugs. ...

Lindsey Buckingham: Your Money or Your Wife!

It was a real-life adult farce: drinks and shrinks, drugs and deceit, marital breakdowns and "lifestyle-problems", lies and lunacy. Then Lindsey Buckingham quit Fleetwood Mac. ...

LINDSEY BUCKINGHAM is finally a free man. "It feels great," he enthuses, savoring the fact that the release of his third solo album, Out Of ...

Lindsey Buckingham: Back in Mac

LINDSEY BUCKINGHAM may be the least enthusiastic member of Fleetwood Mac, but his guitar playing and passionate vocals have been the anchors of the group's ...

Lindsey Buckingham: Under the Skin

THE WORLD IS A SADDER PLACE without another 'Holiday Road'. Despite a Top Ten hit in 1981 (the ethereal 'Trouble') and 30 years of renown ...