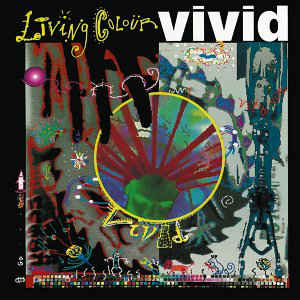 The Black Rock pioneers debate race, the reclamation of rock by black musicians, and both the tensions and the possibilities contained by the cultural melting pot that is New York's Five Boroughs.

2005 NOTE: This piece is a mess, though the underlying concept was good, and besides, the whole paper was a mess at this stage. I ...

ADMIT IT — most of you would no sooner listen to metal than volunteer for root canal work. Metal is nasty, noisy, brutish, the kind ...

"IF YOU'RE black, it's OK to be two things, a crooner in a fairisle sweater or a bad ass B-Boy... look at the history of rock music, ...

Living Colour: Nailing Their Colours To The Mast

Living Colour's world vision may be in glorious technicolour, but they're the first to admit that a black rage sweeps through their music. Mat Snow ...

LIVING COLOUR'S LAST ALBUM, VIVID, IS STILL RIDING HIGH IN THE US CHARTS. THE BLACK ROCK COALITION STARS HAVE JUST SUPPORTED ANTHRAX ON THEIR RECENT ...

Talking Loud & Saying Nothing: The Electricity of Afrocentricity

Report and Interview by Chris Bourke, Rip It Up (New Zealand), December 1989

SUMMER IN THE city, New York City, and the place smells. Hot times, an expected high of 90 today, and more than the back of ...

White Rock we know about, but why should the idea of Black Rock be so difficult to comprehend? When Prince says his current tour is rock'n'roll based, he ...

ACTUALLY, Living Colour are quite frequently exhilarating. I mean, two days previously they'd cheered up an otherwise dismal early Reading Sunday. But that was just ...

LIVING COLOUR'S CHOICE of guest stars for their debut album Vivid was a significant one: Mick Jagger (who had produced their original demos and virtually ...

So Elvis is the King of rock'n'roll, huh? Well he don't mean shit to Living Colour as they rap with Paul Elliot about the roots ...

WHAT’S YOUR favourite colour? Between the death of Jimi Hendrix in 1970 and the arrival of Living Colour’s 1988 debut album Vivid, the hard rock ...

Report and Interview by Michael A. Gonzales, New York, 4 October 2009

Twenty-one years after 'Cult of Personality', Living Colour has a new album, a few regrets, and no intention of ever wearing neon spandex again. ...

LIVING COLOUR vocalist Corey Glover knows it. He knows that, despite putting out five studio albums of criminally underrated rock, mention their name and the ...

WHILE EARLY reports have pegged Living Colour's upcoming sixth studio release, Shade, as "a blues-based record", let's be clear about something. It is not an ...