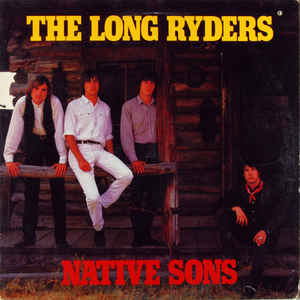 The Long Ryders Shoot 'Em Up

Los Angeles — Sid Griffin, 27-year-old guitarist and founding member of the Long Ryders, machine-guns opinions as well as he emulates the onstage moves of ...

THE LONG RYDERS might be all things to all men. An article of faith to those who have waited, unrequited but unbowed, for the advent ...

WHEN SID Griffin talks about his "family" these days, he doesn't just mean his folks back in Kentucky. He's referring to the Los Angeles musical ...

LONG RYDERS: WHO WERE THOSE COUNTRY-ROCKERS? ...

LET'S JUST get this part out of the way, since it's gonna come up anyway and maybe you're one of the ones who got pissed ...

THE LONG RYDERS enter to a tape of the theme tune from The Magnificent Seven, and begin their set with a cover of the Byrds' ...