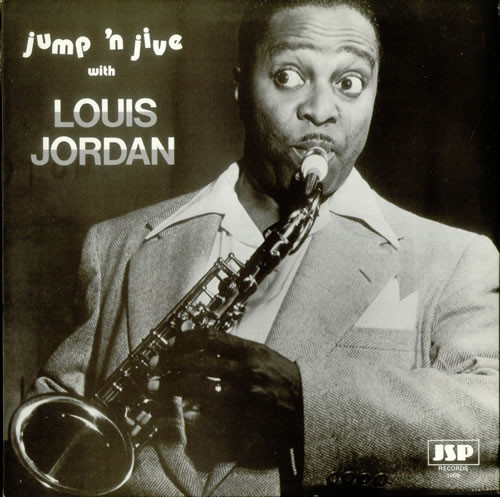 ANYTIME THE American media welcomes a new act with such an overt display of scraping and bowing for superlatives, it's time to be suspicious. ...

SUFFERING FROM HEAVY metal fatigue? Bunions on your disco feet? Are you too pooped to pop, too puked with punk rock, rasta'd rigid by reggae ...

Louis Jordan: Hep And The Art Of Alto-Sax Repair

IN THE 1940's, there were two black singers who crossed over from Race Records (as Billboard called its bluegum charts until 1949, when the phrase Rhythm & ...

Retrospective by Cliff White, History of Rock, The, 1982

The king of jive who made the good times roll. ...

The last of the swingers, the first of the rockers, altoist Louis Jordan's influence stretches through BB King and David Bowie to the '80s jive ...

FOR TEN of the most crucial years in the history of American black music, Louis Jordan was the main man, the solid sender, the hep-est ...