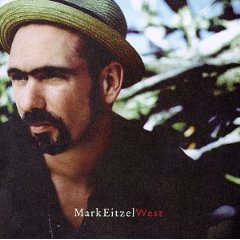 Mark Eitzel: Dark Side of the Loon

"YOUR PHOTOGRAPHER JUST LEFT. He made me laugh, he said Americans don't like having their photo taken and I'd better act for the camera. I ...

MARK EITZEL, founding member of the American Music Club, stands before us accused of being "a melancholy angel of doom", a manic depressive with a ...

AN OLD CHAPEL in Islington, North London, Prime Minister Tony Blair’s old ‘hood. The stage is set up around the pulpit; the audience sits in ...

'People liked it when I was drunk and fell over onstage all the time. That was very popular in Europe for a while' ...

Mark Eitzel is most famous as the lead singer and songwriter of American Music Club, the influential godfathers of emotive lo-fi. They recorded seven harrowing ...

Doctor Eitzel's Hellraising, Heartbreaking True-Life Songs Of Love And Hate – Satisfaction Guaranteed Or Your Money Back

When American Music Club play live, frontman Mark Eitzel has to be kept away from the cash; if he thinks it's been a bad show, ...

YOU COULD NEVER ACCUSE Mark Eitzel of having an inflated sense of self. He recently claimed to have no idea how to write a song, ...