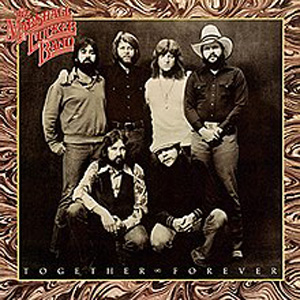 DOWN ON COTTON Avenue in Macon, Georgia, lie the offices of Capricorn Records, slotted between a funeral parlour and a beauty salon that's anything but ...

THE MARSHALL Tucker Band has in a relatively short time picked up a large enough following to achieve headline status, but its Santa Monica Civic ...

I used to have a band like this one once. Yeah. Five guys trying to work into that storm 'n' lull Grateful Dead groove. Organ, ...

EVER SINCE the Allman Brothers came howling out of Macon, Gorgia, and Texas graciously gave Johnny Winter and Janis Joplin to the world, Southern rock ...

Marshall Tucker Band: Where We All Belong (Capricorn)

DID RANDY NEWMAN have the mystic Tucks in mind when he went and dedicated that album to Good Old Boys? Maybe so. ...

THE MOST distinctive advance in American rock guitar of the last decade has been the so-called "southern" approach. Large groups of extremely talented pickers have ...

IT COULD BE that the emerging stylistic identities of the various Southern rock bands derive as much from their differing geographic origins as from the ...

Krautland krumbles to the beat of Macon Georgia. Pete Makowski checks out the Marshall Tucker Band and friends in Hamburg. Bourbon by Jim Bean — peanuts by Jimmy ...

YIHAAHS RANG in the ears when the cowpokes came to town on Saturday night. Huge beefy men burst out of their jeans and hammered away ...

I THINK the late great Duane Allman might turn in his grave if he heard this record. ...

SPARTANBURG IS a mill town of 50,000 nestled in the hills of western South Carolina. All six members of the Marshall Tucker Band grew up ...