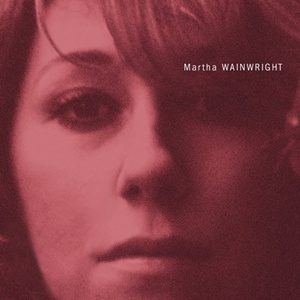 Going Her Own Way: Martha Wainwright Makes Her Musical Mark

MARTHA WAINWRIGHT has a pedigree that could be daunting. She's the daughter of Loudon Wainwright III and Kate McGarrigle (of the McGarrigle Sisters), sister of ...

Martha Wainwright: Fire in her belly

Profile and Interview by Laura Barton, The Guardian, 22 May 2006

She grew up in one of folk's first families and tried to resist following them into a musical career. But then Martha Wainwright fell in ...

THIS WAS AN evening that lent fresh meaning to the term "intimate" – and, for that matter, "spontaneous". It made you feel like you'd been ...

Not many would have dared step into Judy's ruby slippers and revisit her most celebrated concert, but this man did. Jim Irvin prepares to weep ...

Martha Wainwright: I Know You're Married But I've Got Feelings Too (Drowned In Sound)

DRAPED UPSIDE-DOWN over the couch, high heels pointing at the sky, little black dress hiked high on her thighs, Martha Wainwright is waiting for someone. ...

Nirvana: Live At Reading and other live albums

They keep saying this is the golden age of live music. So why don't live albums sound as good as they used to? Nirvana: Live At ...