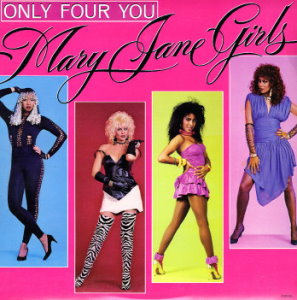 Our Punk Funk hero has a new perspective on life following his recent hospitalisation. He's had to readjust his lifestyle as it became a case ...

WHEN RICK James auditions hopefuls for a new all-girl group, it's the look that counts. In other words, he uses a tape measure, not a ...

25 years on the dancefloor, Tamla Motown is still the black music label. In the '60s, their motto was 'The Sound Of Young America' — then hard ...

THE MARY Jane Girls are like the girlfriend who invites you back for coffee and just gives you the coffee. Plenty of hints but no ...

THIS WAS originally planned as a funny record review. Then I listened to the record. ...

TO CROSSOVER or not to crossover, that is the question. Just a few short years ago, it looked like Buffalo-born Rick James would parlay his ...